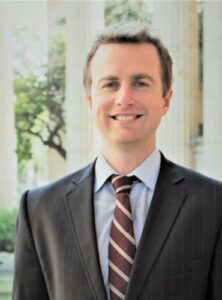 Unfortunately for the safety of cyclists in California, Uber has gotten some court rulings in recent years that limit Uber’s responsibility when their passengers door cyclists.

Last week, however, a San Francisco judge sided with Bay Area Bicycle Law, P.C. and our client — a cyclist injured in a 2018 dooring incident — ruling that Uber and its drivers owe cyclists a duty of care when choosing where and how to offload Uber passengers.

Bay Area Bicycle Law presented evidence that the Uber driver, directed by the Uber smartphone app, abruptly stopped in a “No Stopping Any Time/Tow Away” zone, more than three feet away from the curb (enough room for a cyclist to pass), before indicating to his passengers to exit the vehicle. He offered his passengers no warning of the approaching cyclist. While exiting the Uber, the passengers doored the cyclist who was lawfully riding as far to the right as practicable. The Uber driver then left the scene without providing any information to the cyclist. Uber and its driver claim that the Uber driver “tried” to give his contact information to the cyclist but the cyclist “refused” to take it. The cyclist denies that assertion. It took years before the Uber driver was identified, and Uber initially claimed it had no knowledge of the incident.

Uber requested the court dismiss the cyclist’s claims, because the cyclist was doored by an Uber passenger, and not an Uber driver. Attempting to deflect blame and liability for the incident, Uber threw its own customer under the proverbial bus, by arguing that the cyclist’s claims for damages from injuries should only be permitted against the passenger and not the Uber driver or Uber.

In denying Uber’s requests Judge Richard Ulmer explained that California’s “general duty of care encompasses a duty not to expose others to an unreasonable risk of harm at the hands of third parties.” Essentially, Uber and its drivers can’t unreasonably expose cyclists to the risk of being doored by disembarking Uber passengers. Judge Ulmer’s ruling means that the cyclist and Bay Area Bicycle Law can proceed to trial against Uber and ask a jury to decide whether or not the Uber driver’s “selection of location to drop his passengers and conduct in failing to check his mirrors or warn his passengers about how to exit the car was reasonable …”

Uber’s motion went so far as to argue that even if the Uber driver was negligent, Uber had no responsibility whatsoever for his actions and had no involvement in the incident whatsoever. The court ruled that there is a genuine dispute for a San Francisco jury to decide whether Uber “employed and/or controlled” the Uber driver and whether Uber should be held liable.

The trial is set for later this year.