Criminal Organization Steals $90,000 worth of bicycles in 5 minutes 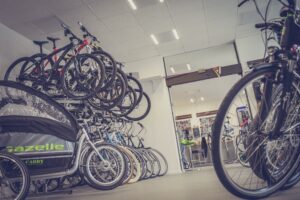 As one can probably imagine, bicycle theft is not a huge problem only in the Bay Area. Our colleagues in Colorado report that eight individuals were indicted just this week by a grand jury for allegedly running a large scale bicycle theft operation as well as other thefts that resulted in the combined theft and/or destruction of approximately $1.5 million dollars worth of property. According to the Colorado Attorney General, the group burglarized 29 bike shops across the Denver and Boulder areas between December 2019 and June of 2020.

According the Attorney General, the gang tended to operate in groups of up to four individuals to steal a motor vehicle and ram it into the windows or doors of a bicycle shop. The group specifically targeted high-end mountain bikes and then transported the bikes out of the county to associated “fences” (people in a criminal organization who specialize in reselling stolen property).

In one especially lucrative heist, the gang absconded with $90,000 worth of bicycle in only five minutes, according to the Attorney General.

The group has been indicted for various crimes including, but not limited to, violations of Colorado’s Organized Crime Control Act.