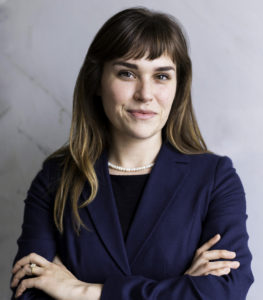 One of the hardest parts about my job as a bicycle accident lawyer is seeing the effects of traumatic brain injuries (or TBIs) on my clients and their families. Even so-called mild TBIs can have permanent and devastating impacts on a person.

Having such an injury is bad enough, but the difficulty of proving a brain injury claim often adds insult to injury. Those who have suffered a traumatic brain injury don’t usually have outwardly-visible symptoms. Because of this, insurance companies and defense attorneys often imply that our clients are faking or exaggerating their symptoms. Or, they might claim that they believe our client is having symptoms, but that the symptoms aren’t related to the client’s bicycle crash.

Luckily, TBI science and research continues to advance. One new study addresses a knowledge gap that defense attorneys in our experience often try to exploit, related to DTI (a type of MRI scan) findings. The study helps strengthen the link between DTI findings and certain post-concussive symptoms — which will help in certain circumstances to combat defense attorneys’ claims that a client’s brain injury symptoms are unrelated to their bicycle crash.

What is a mild TBI?

Before we get into the new research, let’s cover the basics. The CDC describes mild TBI as follows:

This sudden movement can cause:

These changes in the brain lead to symptoms that may affect how a person thinks, learns, feels, acts, and sleeps.”

The term “mild” does not refer to the severity of symptoms. Instead, it has usually been related to the length of time that a person is unconscious at the time of the initial injury. Advances in our understanding of mild TBIs have increasingly shown that the amount of time a person is unconscious doesn’t determine how severely their life will be affected by the brain injury. However, it is the standard language, and so we will use it.

DTI stands for Diffuse Tensor Imaging. It is a type of MRI protocol that is many times more powerful than a typical MRI that you might receive in an emergency room after you crash on your bicycle. Mild TBIs are not likely to show up on a typical MRI scan given at a hospital, but can often be seen in a DTI. However, there is some debate about what DTI findings mean in terms of real-world outcomes.

What does the new research find?

A recent study helps to close gaps in research related to how findings on a DTI relate to clinical outcomes. This study will help traumatic brain injury lawyers to use DTI to support their clients’ claims that they suffer from a brain injury.

The study, which was presented at a Radiological Society of North America meeting, looked at the association between findings in a DTI, and symptoms experienced by the patients. The study looked at a wide range of types of people who had suffered mild TBIs. Most of these TBIs were caused by car accidents. The study looked at the incidence and longevity of 8 common brain injury symptoms: “cognitive deficits, headache, fatigue, loss of consciousness, depression, anxiety, problems with balance, and mood swings.”

Although this may sound very basic, whether or not findings in a DTI correlate with specific symptoms/clinical outcomes is often a source of debate in a brain injury case because, according to insurance companies, there haven’t been enough studies linking the two.

What does it mean for bike accident victims?

Traditionally, there has been no single concussion test that would show whether or not a person suffered a concussion. How do you know if you have a concussion then? Usually a doctor will diagnose a concussion or mild TBI on the symptoms a person reports, in addition to a history of some type of trauma to the head, including whiplash.

For a bicycle accident attorney, however, the lack of diagnostics to support a client’s reported post-concussion syndrome symptoms can be a challenge. Defense attorneys in my experience take advantage of the lack of concrete corroboration of a client’s symptoms by implying that the symptoms a client is experiencing are either exaggerated or are not related to a brain injury.

Although recent research shows that mild TBIs can have effects that are permanent, in the past many believed that their effects would almost always go away within a few months. Therefore, often defense attorneys will argue that even if a client suffered from a mild TBI, any symptoms they experience a year or more out from their bicycle crash are not related to the brain injury. This is where DTI findings can be especially helpful. Objective findings of brain injury, visible in a DTI, can corroborate the ongoing nature of a brain injury.

DTI findings are also particularly helpful in corroborating symptoms that may otherwise be difficult to measure or see. For instance, cognitive deficits — even relatively minor ones — can be devastating to a person. Particularly for people who have mentally demanding jobs, any impairment in mental processes can mean the difference between thriving at work and struggling at work. However, proving such an impairment — and tying it to a brain injury rather than, for instance, stress — can be difficult. Depression and rapid mood changes can also be difficult to objectively tie to a brain injury.

The median time in this study between the injury and DTI was only 100 days, and thus the study does not necessarily help with proving brain injuries several months after a crash. It will, however, help brain injury attorneys to prove a link between their client’s brain injury and cognitive deficits, postinjury depression, or rapid mood changes when reduced FA values are visible in a DTI.