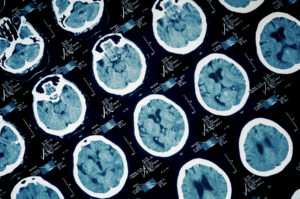 Experiencing a “mild” traumatic brain injury (TBI) sounds like it wouldn’t be an urgent health issue, and may even imply that it doesn’t require serious medical attention. But the truth is that  a mild TBI can have a significant impact on your well-being, require prolonged care, and make a huge difference in how your personal injury case should be handled.

Cyclists are increasingly experiencing so-called “mild” TBIs. In fact, the CDC reports that bicycling leads to the highest number of sport and recreation–related emergency department visits for traumatic brain injuries in the country. And because they are so frequent, the federal agency even released a guideline to ERs on how to treat cyclists with TBIs.

Unfortunately, mild TBIs can be easy to miss, misdiagnose, and mistreat. Myriad reasons contribute to this, including the name of the condition itself.

A mild TBI is mostly a misnomer. Don’t let the term fool you; they can be anything but mild. While many mild TBIs (also commonly called concussions)  will have symptoms that clear up in a few weeks or months,  mild TBIs can also result in permanent symptoms and impacts to a person’s quality of life.

Medical experts call these kinds of TBIs mild because brain injuries are defined by the level of brain damage, which can sometimes be measured by if and how long a person loses consciousness. This is all further muddled by the fact that there isn’t yet a universally accepted definition that helps determine a mild TBI.

Researchers at the JFK Johnson Rehabilitation Institute point out that a variety of organizations, from the CDC to the World Health Organization to the American Congress of Rehabilitation Medicine all have differing definitions for mild TBIs.

How To Know If You Have a Mild TBI

That becomes particularly crucial when you’ve been involved in a bicycle accident and see a doctor, who might diagnose you differently or offer a different treatment plan depending on their training. Mild TBIs come with a sliding scale of side effects, which can range from a mild headache upon the impact to problems with dizziness that can last for weeks, months or longer.

The lack of a universal definition not only causes confusion among the medical community, it also leads to fewer people seeking the right medical care. Afterall, you may be completely conscious through the duration of the impact, but still experience some level of trauma resulting in side effects.

Signs you may have experienced a mild TBI:

As you can see, these side effects are much more serious than what might be considered mild to most people, and they could be easily dismissed by the person experiencing them or evenby  a health expert. If you’ve experienced a cycling accident, it’s a good idea to get checked out by a health professional and seek additional opinions if needed. Even something that feels like a headache could have bigger implications.

Side Effects May Linger With Mild TBIs

Brainline, a news organization that focuses on brain injuries and PTSD, reports that “those who receive a blow to the head with brief (or no) loss of consciousness are often sent home from the hospital with assurances that they are just fine.”

This is, of course, not always the case, and the injury can have lasting effects on a person, especially if they “remain unaware of the basis of his or her altered ability to function.”

In looking at the severity of TBIs, the Department of Veterans Affairs says “the initial assessment of TBI severity does not necessarily predict the extent of disability arising from TBI.” The federal agency goes on to say that determining severity may require neuroimaging, assessing the presence of an altered consciousness or loss of consciousness, assessing the presence of posttraumatic amnesia, and applying the Glasgow Coma Scale score.”

The likelihood of all of that happening after a bicycle crash is not all that high. You may show up to an emergency room or urgent care, be told you have experienced a concussion, and get sent home to rest and take a pain reliever as necessary. It’s important to keep an eye on side effects following the accident and communicate regularly with a medical professional about your diagnosis and what you’re feeling.

Studies have shown that even mild TBIs can far outlast expectations. One Swedish study found that long-term consequences were observed in half of patients studied three years after experiencing a mild TBI and then also again 11 years afterward.

These long-lasting problems may not even be present when you first realize you have experienced a concussion.

“Often the individual with a mild TBI returns to his or her daily life after the injury with very little if any awareness that the head injury will have ramifications — short-lived probably, but perhaps long-term,” Brainline explains. “To individuals in this situation, they notice out of the blue that in big and little ways they are no longer able to do what came easily before.”

The Future of Diagnosis

The possibility of a mild TBI is just one of the many aspects of a bicycle crash that should be taken seriously. At Bay Area Bicycle Law, we focus specifically in this area, so we know that injuries can be complex and difficult to properly diagnose, and that as a result, insurance companies and defense attorneys can take advantage of victims.

There is some good news though. Diffuse Tensor Imaging, more powerful than the standard MRI, is on the rise and studies are showing it to be a powerful tool for attorneys of clients with a mild TBI because they can corroborate the experience of the person with the diagnosis.