Losing Consciousness After a Bicycle Crash and Why It Matters 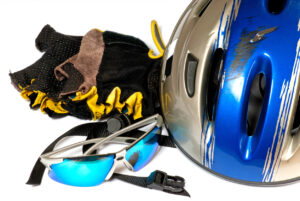 Head injuries aren’t uncommon in bicycle crashes, but they come with a variety of symptoms and intensity, making healthcare and the following bicycle accident claim complex. Losing consciousness — or not losing consciousness — is one major driver in how much value an insurance adjuster or defense attorney assigns to your personal injury case, even though it’s not always a solid indicator of severity of injury.

Similarly, you may not even realize you’ve lost consciousness after an accident. Bicycle crashes can happen quickly, and when it’s all said and done it can be difficult to recount every moment before, during, and after the accident. Just because you don’t remember losing consciousness, however, doesn’t mean that it didn’t happen for a brief period of time or that your brain injury isn’t severe.

What is losing consciousness?

Consciousness is often portrayed as a black-and-white matter: you either are conscious or you’re not, but the reality is that consciousness is much more complex than you being completely awake and aware of your environment or lying on the pavement, eyes closed with no sense of what’s happening around you.

Consciousness is considered more of a spectrum to neurological professionals, so if you’re asked by an EMT or health care worker if you’ve lost consciousness, it’s okay to answer that you’re not sure. Most often, health professionals will score consciousness on the Glasgow Coma Scale, which tests eye opening response, verbal response and motor responses.

“…The Glasgow Coma Scale was designed and should be used to assess the depth and duration of coma and impaired consciousness,” explains the CDC. “This scale helps to gauge the impact of a wide variety of conditions such as acute brain damage due to traumatic and/or vascular injuries or infections, metabolic disorders (e.g., hepatic or renal failure, hypoglycemia, diabetic ketosis), etc.”

A perfect score on the Glasgow score is a 15 and the lowest is a 3, not zero. But even those with a perfect score could be experiencing a brain injury — which is why there is a movement to perform further testing and even brain scans on patients who perform high on the scale.

In fact, the Glasgow Coma Scale, last updated in the 1970s, was never truly intended to determine how severe a traumatic brain injury (TBI) is, though the two are often correlated today.

“One TBI consensus workgroup points out that while the (scale) can be useful in the clinical management and prognosis of TBI, it ‘does not provide specific information about the pathophysiologic mechanisms which are responsible for the neurologic deficits and targeted by interventions,’” write researchers from Neurological Research and Practice, an international journal associated with the German Neurological Society.

Simply put, just because you didn’t lose consciousness or did so only for a brief amount of time, doesn’t mean you aren’t experiencing a traumatic brain injury. The scale alone cannot tell you how severe your injury is.

Mild TBIs Are Serious, Too

The Neurological Research and Practice study set out to look at patients with perfect Glasgow Coma Scale scores and the severity of brain trauma. Their findings showed that the correlation between the scale and a brain injury is complicated at best.

For you, that means scoring “normal” on the Glasgow Coma Scale could keep further medical tests from occurring, which could potentially alter your diagnosis. A physician not trained in brain injuries might not look past the score, but TBIs are often associated with other symptoms, too:

Even with no loss of consciousness, these side effects may signal a TBI.

“The severity of symptoms depends on whether the injury is mild, moderate or severe. In all forms of TBI, cognitive changes (changes in how people think) are among the most common, most disabling and longest-lasting symptoms that can result from the injury,” according to the Alzheimer’s Association, which points out that brain injuries can have serious consequences later in life.

“More severe changes in thinking skills — a hallmark characteristic of dementia — may develop years after the injury took place and the person appears to have recovered from its immediate effects.”

But even “mild” TBIs, also commonly called concussions, can cause a wide range of symptoms, and while many symptoms tend to resolve in a few months time, up to half of those with mild traumatic brain injuries will suffer symptoms long-term. In other words, “mild” TBIs can actually have severe and long-lasting effects on a person’s life.

The Glasgow score alone could also be significant in a personal injury case.

A perfect score may prompt defense counsel to argue that the brain injury is fake or not as severe as it really is. The reality could be quite the contrary, as noted in the symptoms above.

Brain injuries, like the brain itself, are complicated. Symptoms, like unconsciousness, can occur right away, but others can linger or even start days later, and they can be just as serious. Writing off a brain injury on a good Glasgow Coma Scale alone could be dangerous,

How We Can Help

At Bay Area Bicycle Law, we think of ourselves not just as bicycle lawyers, but also as brain injury lawyers. We understand that symptoms of an injury, especially a traumatic brain injury, can be complex and don’t always surface right away.

Whether you’re certain you’ve lost consciousness or not, a TBI is a serious matter. If you have been in a bike crash where you hit your head, and/or have experienced post-concussive symptoms, it is a good idea to call an experienced brain injury lawyer as soon as possible. Getting advice from a lawyer early helps ensure that you don’t accidentally do anything to compromise your case.

If your brain injury symptoms persist, the road to recovery can be difficult and expensive. For instance, a brain injury can require you to take extensive time off work, or even make it impossible for you to perform your job. And treatment for brain injuries often isn’t covered by insurance, and can require a costly visit to a specialty program. Having a lawyer on your side who has been through the process before will make it easier and less stressful for you.

If you’ve been involved in a bike accident, reach out to our staff for a free consultation. We’ll handle your claim so you can focus on your recovery.