If I am Partly at Fault for My Accident, Should I Still Hire a Bicycle Accident Attorney? 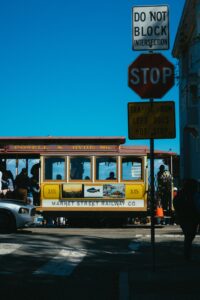 Many people mistakenly believe that if they are in a bicycle accident and they were doing something wrong, they will not be able to collect compensation from their insurance company. However, that is not necessarily true. California uses a system of “comparative negligence” rather than an all-or-nothing system of fault. In a nutshell, what this means for us as bicycle accident lawyers is that if our client was only partly at fault for their bicycle accident, the amount that they are compensated would be reduced proportional to their fault.

How Comparative Fault Works in a Bicycle Crash Trial

Even though very few cases ever actually go to trial, as personal injury attorneys, we think a lot about what a jury might ultimately do – partly because that is how insurance companies assess cases. If a bicycle accident case were to go to trial, and the defendant argued that the bicyclist did something wrong that contributed to the crash, the jury would be given the “CACI No. 405. Comparative Fault of Plaintiff” jury instruction and the “CACI No. 406. Apportionment of Responsibility” jury instruction.  A jury instruction is a form given by the judge to the jury. It helps the jury know exactly what questions they need to answer, and is given to the jury before their deliberations.

Comparative fault of the plaintiff

The first of these jury instructions, CACI 405, instructs the jury to determine: (1) whether or not plaintiff (the bicyclist, in one of our cases) acted negligently, and (2) whether the negligent act of the plaintiff was a “substantial factor in causing [their] harm.” In other words, this jury instruction helps the jury focus on determining whether the harm caused to the plaintiff (in one of our cases, the injuries of a bicyclist) was substantially caused by the bicyclist.

For instance, consider the following hypothetical: a bicyclist is riding at night without the proper lights. This is against the law, and also very dangerous because it would obviously make the bicyclist harder to see. The bicyclist gets doored when a driver opens the door of their parked car, and is seriously injured. The cyclist hires a bike accident lawyer, and in the discovery process of the lawsuit, it comes out that the driver didn’t look before opening their door.

How would a jury fill out the Comparative Fault of Plaintiff jury instruction? They would likely find that the bicyclist was negligent for not having proper lighting, but that this lack of lights was not a substantial factor in causing the bicyclist’s harm. If the driver didn’t even look before opening the door, it wouldn’t matter if the bicyclist had lights or not – or a flashing neon “look out for cyclists” sign. They still would have been doored. Therefore, the lack of lights, while negligent, was not a “substantial factor” in causing the crash and resulting harm.

If a jury finds that a plaintiff is partially at fault for causing their own harm, the next step is to apportion fault – that is, determine how much responsibility each party has. This fault can be split by as many different parties as the jury finds are at fault – but the total percentage has to add up to 100.

After the jury apportions fault, they are done with their role in determining comparative fault. The jury would be separately instructed to assess the economic value of the plaintiff’s harms – for instance their medical bills, lost income, pain and suffering, and loss of enjoyment of life. Then, the judge reduces this total economic harm amount proportional to the plaintiff’s assigned fault in causing the harm.

For example, imagine that a cyclist is traveling the wrong way down the street, and is hit by a vehicle driver who is speeding and driving while intoxicated. A jury finds the bicyclist to be 25% at fault for the crash (and finds that the bicyclist’s negligence was a substantial factor in causing their harm). If the jury determined the value of the plaintiff’s harm to be $1,000,000, the judge would reduce this amount by $250,000 ($1 million multiplied by 25% fault). The bicyclist would thus be awarded $750,000.

Should I bring a personal injury case if I’m partly at fault?

Now you know that you can bring, and win, a lawsuit even if you are partly at fault for a bike accident. However, there is also the question of whether you should bring a personal injury suit in this situation. The answer to this question depends on the specifics of what happened.

First of all, lawsuits can be expensive. You have to pay the court hundreds of dollars just to file your lawsuit, and then you will need to pay for transcripts of any depositions that are taken (these can be several hundred dollars each) and the cost to file subsequent court papers — just to name a few costs. (While many personal injury lawyers will advance these costs with repayment contingent on getting a settlement, our rules of professional responsibility in California prohibit us from paying case costs outright). Although actually filing a lawsuit is not always necessary for settling a case, if you were largely at fault for a crash, you should expect a tough fight. And a tough fight in a personal injury matter almost always means an expensive fight. If you were 90% at fault for the crash, and have $10,000 in medical bills but no other damages, then bringing a lawsuit is not likely to be worth it financially. The $1,000 you might recover would likely go entirely to paying back your case costs.

Additionally, bringing a lawsuit sometimes prompts a driver to sue you for property or other damages, when they wouldn’t have bothered to do so otherwise. Of course, if your damages are high enough, this might still be worth it for you. But if your damages are low, you were mostly at fault for the crash, and there was any property damage — its probably best to avoid bringing a personal injury lawsuit.

Should I hire a bicycle accident lawyer?

If you are reading this page, perhaps you have been in a bike crash and are wanting to handle your claim without hiring a bike accident attorney. If that is the case, we strongly encourage you to call us for a free consultation and legal advice as soon as you can. We know that this advice sounds very self-interested — but the truth is, it is good for you too! We unfortunately frequently get calls from bicyclists who have tried handling their own case, but have made mistakes that substantially reduce the value of their claim. This is especially true when the bicyclist also did something wrong that caused the crash, for instance running a stop sign.

We will always give you an honest assessment of your case. At our law firm, we care about helping bike riders — and the best way for us to do that is to give free advice to those who have a case they can realistically handle well themselves, and focus our energies on the more complicated cases and tough fights. If you have been in a bicycle accident in the greater San Francisco Bay Area, give our friendly attorneys a call!