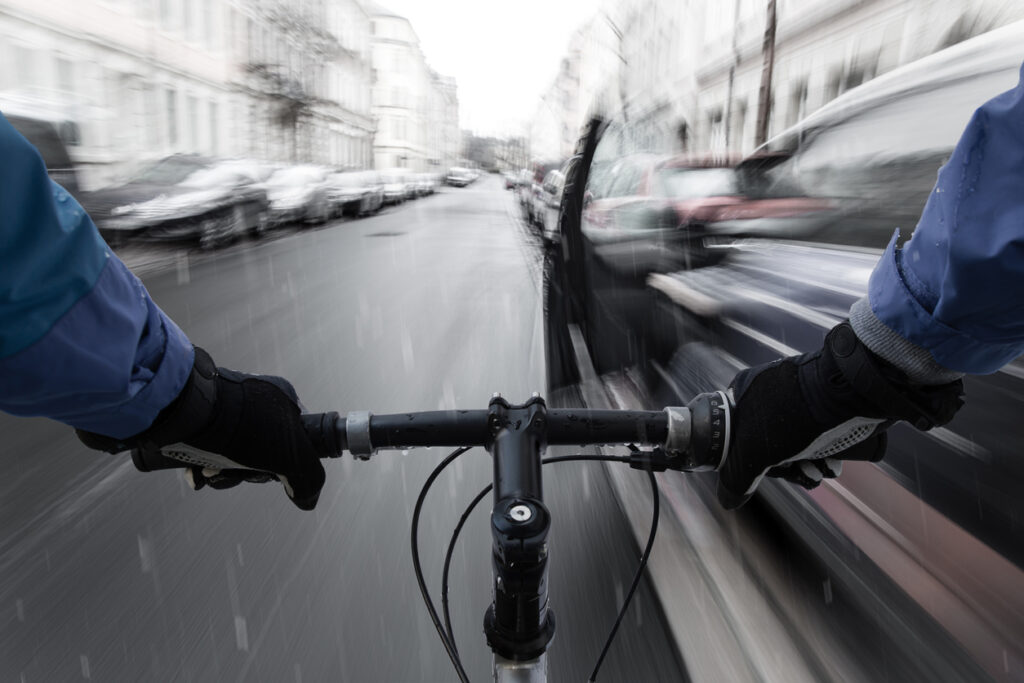 Imagine being in a bicycle accident with a motor vehicle and when you file a claim against the driver’s insurance, it is denied. The reason? Unbeknownst to you, the negligent driver was working for a ride share service at the time of the accident, and the driver’s personal car insurance does not cover them while they’re working.

While you may think it would be easy to just turn around and file a claim with Uber’s insurance, unfortunately, its not so simple. In our experience handling cases against ride shares, they will try to blame the crash on you, and will refuse to pay anything near fair compensation without a legal fight. There are many instances in which we advise bicyclists who have been in a crash that they would be better off handling the claim by themself — but when Uber or Lyft is involved, this is almost never the case. If you have been hit by a rideshare driver while riding your bike, you will almost certainly need an experienced bicycle accident lawyer on your side in order to get fair compensation

Who is responsible for a bicycle accident with an Uber or Lyft car?

Answering this question, of course, depends on how the bicycle crash happened. But we see a few different types of crashes with ride share vehicles over and over again.

Being doored by an Uber or Lyft passenger

Unfortunately, this type of crash is one we see all the time as bicycle accident attorneys. A bicyclist is riding down the street when all of a sudden a door opens right in front of them, and they crash into it. Of course, doorings can happen with any type of car — but they have become far more common since Uber and Lyft came onto the scene.

The reason for this is that rideshare companies do not train their drivers — instead claiming that they are independent contractors and thus they are not required to train them.

While this might not seem especially significant to a lay person, any bike accident lawyer will tell you that this has vastly increased doorings. Taxi drivers were trained on where it is safe to drop customers off, including the requirement that they pull all the way to the curb before letting a passenger out — so there was no room for a bicycle to ride in between the curb and the vehicle.

Uber and Lyft drivers, on the other hand, have not been trained on where it is safe to let passengers out. Often, they will stop in the middle of a lane, or several feet away from the curb — and often when they’re stopped at a red light. A bicyclist coming up behind the vehicle, therefore, has no indication that a person is about to get out of the vehicle — until the car door opens right in front of them.

Add to this the fact that Uber and Lyft drivers are often barely able to make ends meet, and thus have strong incentives to let passengers out as quickly as possible so that they can get to their next customer, and you have a recipe for disaster for bicyclists.

Uber in particular regularly tries to avoid responsibility for these types of accidents, even though their business model and lack of driver training is directly responsible for it. Uber instead will try to blame the accident on their passenger (aka customer). Unfortunately, some courts in San Francisco have accepted this argument. However, at Bay Area Bicycle Law, we continue to fight back against it.

Uber acknowledged the problem when they rolled out their Bike Route Alerts update back in 2019. This is a push notification that reminds Uber riders to check for cyclists before exiting the vehicle. However, our law firm continues to regularly get calls regarding bicycling accident cases involving Uber doorings.

Another common type of bike crash involving ride shares occurs when a bicyclist is struck by a ride share vehicle making an unsafe turn. Again, while this type of crash can happen with any vehicle, the incentives that Uber and Lyft drivers have to quickly get to their next pickup make it particularly common with rideshares.

Because getting fair compensation for your personal injury case involving a ride share can be especially difficult, gathering as much evidence and information as possible is particularly important. While sometimes your injuries make these steps impossible, if you are able to, you should try to do the following: