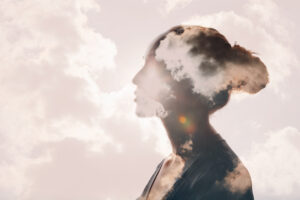 Being involved in a bicycle accident can be jarring. Physical injuries are just one aspect of that. There are also mental wounds that require healing as well, but finding treatment is increasingly difficult as demand across the state intensifies and mental health resources struggle to keep up.

Many people only associate scrapes and bruises or head injuries with biking accidents, but there’s often another layer of damage that we don’t often talk about. People involved in bicycle crashes can experience Post-Traumatic Stress Disorder (PTSD), anxiety and other problems.

“When it comes to recovery, there is a mental and a physical aspect to it, but I’m inclined to not separate those two,” says sports psychologist Kristin Keim, who often works with cyclists. “The mental aspect of an injury should be addressed right away, just like you would a broken bone. The minute one of my clients has an injury, I just go ahead and start working on the mental recovery alongside the physical recovery. We set physical objectives, mental objectives and a timeline for motivation.”

There isn’t a lot of research or data on the mental toll a bicycle crash can have, but it’s a reality you should be aware of as a cyclist. For example, PTSD can affect you in all aspects of your life.

Simply put, post-traumatic stress disorder is “a disorder that develops in some people who have experienced a shocking, scary, or dangerous event.” And it doesn’t always develop right away. In fact, the Mayo Clinic says that symptoms can take as long as a month to surface.

According to the National Institute of Mental Health, a psychiatrist or psychologist can diagnose PTSD in an adult after a bike crash if they have all of the following symptoms for at least one month:

●    At least one re-experiencing symptom

●    At least one avoidance symptom

Even if you aren’t experiencing full-blown PTSD, you may have some anxiety after a crash, says Keim. That’s normal, and it’s OK to see a professional to talk about it.

“There seems to be a bit of stigma around anything having to do with mental issues so people don’t talk about it. Athletes, especially, don’t want to seem weak in any way. But not talking about it only makes it worse,” she said.

Challenges to Getting Help

Unfortunately, it’s not always easy seeking out professional help. The need for therapists, social workers, psychologists and psychiatrists in California is greater than ever, reports CalMatters.

Dr. Mark Ghaly, secretary of the California Health and Human Services Agency, told the news organization that providers in the state increased about 20% between 2016 and 2020, but it wasn’t enough to keep up with an increase in demand. Some expected the problem to get worse, even before the onset of the COVID-19 pandemic, which caused unprecedented need.

The organization says the state will have to make big investments for future demand, and state policymakers should task themselves with finding a solution to a lack of mental health resources, especially in underserved communities.

“Those picketing argue Kaiser Permanente is violating a state law that requires health care plans to provide follow-up mental health care within 10 days of their initial intake appointment. It also requires that health plans arrange out-of-network care if an appointment with Kaiser is not available within those 10 business days,” reports the San Francisco Examiner. “In May, the California Department of Managed Health Care launched a special examination into Kaiser after receiving a 20% increase in complaints for timely access to behavioral health care among Kaiser members in 2021 compared with 2020.”

For cyclists involved in a crash, this deficit of mental health workers is bad news. You want to get back on your bike and to your normal routine as quickly as possible. That’s hard to do when mental scars languish well past physical scars.

It can take time to overcome feelings of anxiety or PTSD – both of which are treatable, but can last years if it goes untreated. In our everyday work with cyclists who have experienced an accident, we see clients whose mental health has suffered for years after not seeking help.

If you’re having trouble finding a mental health professional or don’t know where to start, begin by contacting your primary care physician and asking for a referral. And if you experience any suicidal thoughts, immediately call the National Suicide Prevention Lifeline at 1-800-273-TALK (1-800-273-8255) to reach a trained counselor.

Additionally, if your PTSD or anxiety is related to a bike crash, you may need the help of a bicycle accident lawyer in order to get compensated for mental health treatment (even if your health insurance doesn’t cover it), and any loss of wages associated with it.

Getting back to normal — physically, mentally and emotionally — can feel like a daunting process, but with some help from others, whether it be an attorney or a therapist, it’s made a little bit easier.

And for those who are ready to get back in the saddle? Keim says it’s okay to take it slow.

“Ease yourself back into riding. Start with a 30 minute session and work your way up,” she said. “Make sure your motivation is in check and you’re wanting to get back on the bike. Build your base, enjoy the riding and analyze how each ride went. Were there any triggers? If so, go back to practicing.”